Web developing and design in Joomla.

Abstract: The aim of this work is the depth of the snow cover computing in the desired point
based on the geographical characteristics of a specific geographical point in a modeled
area. The measured data are known on few places. These places are coincident with
raingauge stations. These data have been collected by many continuous observations and
measurements at the specific...

Abstract Secure environment is a top-priority for all the forms of grid computing. To establish
trust, traditional grids use various methods, mostly centrally oriented ones, such as
certification authorities, VO management servers or credentials pools. Ad hoc grids are
characterized by the absence of a central trust authority; therefore collaborating entities must
establish and...

Abstract: This paper proposes a model of neural tree architecture with probabilistic neurons.
These trees are used for classification of a large amount of computer grid resources to
classes. The first tree is used for classification of hardware part of dataset. The second tree
classifies patterns of software identifiers. Trees are implemented to successfully separate
inputs into...

Abstract—An ad hoc grid environment is a spontaneous organization of cooperating
heterogeneous nodes in a logical community without a fixed infrastructure and with only
minimal administrative requirements. Trust is an integral part of ad hoc grid computing
systems as well. It is not possible to utilize trust principles of traditional grid environment
uses various, mostly...

Proceedings of the International MultiConference of Engineers and Computer Scientists

A parallel processing of spatial data interpolation on computing cloud

Proceedings of the Fifth Balkan Conference in Informatics

Abstract In a short span of time, cloud computing has grown, particularly for commercial web
applications. But the cloud computing has the potential to become a greater instrument for
scientific computing as well. A pay-as-you-go model with minimal or no upfront costs creates
a flexible and cost-effective means to access compute resources. In this paper, we carry out
a study of...

Data provided are for informational purposes only. Although carefully collected, accuracy
cannot be guaranteed. The impact factor represents a rough estimation of the journal's
impact factor and does not reflect the actual current impact factor. Publisher conditions are
provided by RoMEO. Differing provisions from the publisher's actual policy or licence
agreement may be...

Abstract: The optimization of the irregular connection network of the multiprocessor systems
with the distributed memory is the NP complete problem which is generally compute-
intensive process. Graphics processing units provide a large computational power at a very
low price allowing the fine-grained parallelism. This work investigates the use of the GPU in
the parallelisation of... 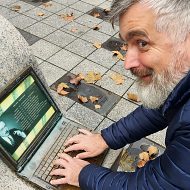